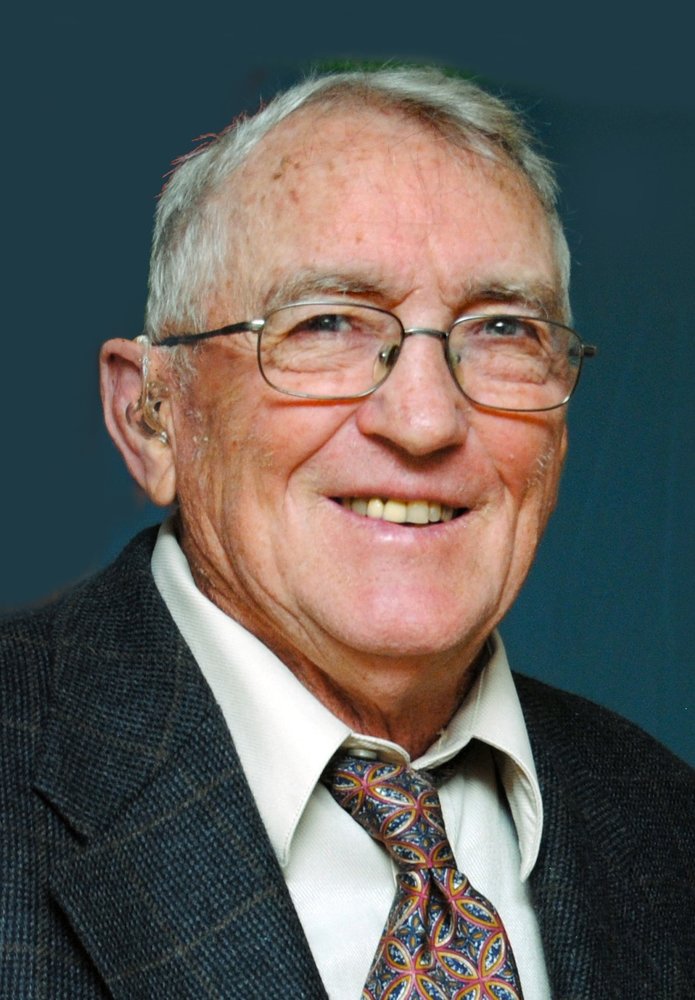 It is with sadness that our family announces the passing of Glenn Herbert Larmer after a long battle with Alzheimer's disease. Son of the late Ernest and Edna Larmer. Beloved husband for 62 years of Marion (nee MacDougald). He will be forever missed by his sons Doug (Joyce) and Craig (Margo); his grandchildren Jessica (Dan Turner), James (Alison), Jordan (Laurie Oleskiw), Clay and Troy; and his great grandchildren Emmett, Ayda and Isla. Survived by his sisters Lois Yellowlees and Beryl Strang, and sister-in-law Noreen MacDougald.

He will be held dear in the hearts of family and friends. He was born in Blackstock and proudly lived his entire life there. He was a participant in community events and a devoted volunteer. He was an active member of his church, including lending his beautiful bass voice to the church choir. Through the years, he was a member of other local choirs, including the Port Perry Choral Society. For 22 years, he farmed in partnership with his brother Ralph, followed by 30 years with his son Craig. Glenn was a kind and honest man. His loyalty, sense of humour, and love of music will be missed.

The family of Glenn Larmer will receive friends at the WAGG FUNERAL HOME, "McDermott-Panabaker Chapel" 216 Queen Street in Port Perry (905-985-2171) on Sunday, March 8th from 1 - 4 p.m. and at the BLACKSTOCK UNITED CHURCH, 3483 Church Street in Blackstock on Monday, March 9th  from 1 - 2 p.m. A Service to celebrate his life will be held in the Church at 2 p.m. with Reverend Jennifer Uhryniw officiating. Private Interment Cartwright Union Cemetery, Blackstock. If desired, memorial donations may be made by cheque to the Blackstock-Nestleton United Church, Alzheimer's Society of Durham Region or a charity of your choice. Memories, photos and condolences may be shared at www.waggfuneralhome.com