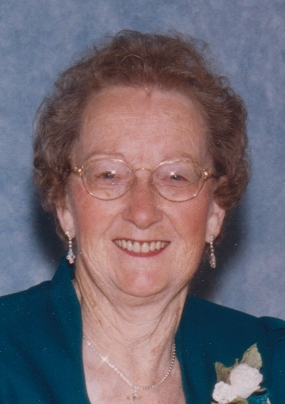 Peacefully, after a short illness, on Wednesday, December 16, 2020 at the Lakeridge Health Centre in Port Perry, at age 98. Camille (nee Kaye) of Port Perry, beloved wife of the late Doug Crozier. Loved mother of Ron Crozier and his wife Cathy of Scugog Island, and Sharen and her husband Bill Bobbie of Manilla. Loving grandmother of Steve McClelland and his wife Karey Brignall, Tanya and her husband Jim Huizenga, and Nicole and her husband Michael Chapman and great grandmother of Chrystal, Jana and Will McClelland, Mitchell, Grace, and Morgan Huizenga, and Carson, Zach, Parker, and Zoe Chapman and great great grandmother of Josh, Breanna, Isaac, Tyson, and Azariah McClelland.

Due to the restrictions of COVID-19 a private service with family and friends will be held at the WAGG FUNERAL HOME, 216 Queen Street in Port Perry (905-985-2171). Interment Prince Albert Pine Grove Cemetery.

If desired, memorial donations may be made by cheque to the Auxiliary to Lakeridge Health Port Perry.

Special thanks for the care given to Camille by the St. Elizabeth, PAC, PSW’s, CNIB, Community Care Durham, Dr. Tony Brown, Lakeridge Health Port Perry, and the Oshawa and Uxbridge Whitby Rehab.

Camille was born and raised on a farm in Quill Lake Saskatchewan. After graduating high school, she joined the war effort in 1943 along with men and women from across Canada to work at the D.I.L factory in Ajax. She was one of the original “bomb girls”. The factory employed over 9,000 workers producing some 40 million shells during WW II. It was at a D.I.L. dance that she met Douglas Crozier, a farmer from Scugog Island. They were married in 1945 and settled on his family farm on Crozier Lane on Scugog Island. Camille contributed to the community in many ways, such as serving on the local Hospital Auxiliary for many years. Camille was honoured to have the hospital gift shop and thrift shop named after her “Camille’s Corner and Camille’s Closet”. For the last 2 ½ years Camille has resided at West Shore Retirement Village. Memories, photos and condolences may be shared at www.waggfuneralhome.com