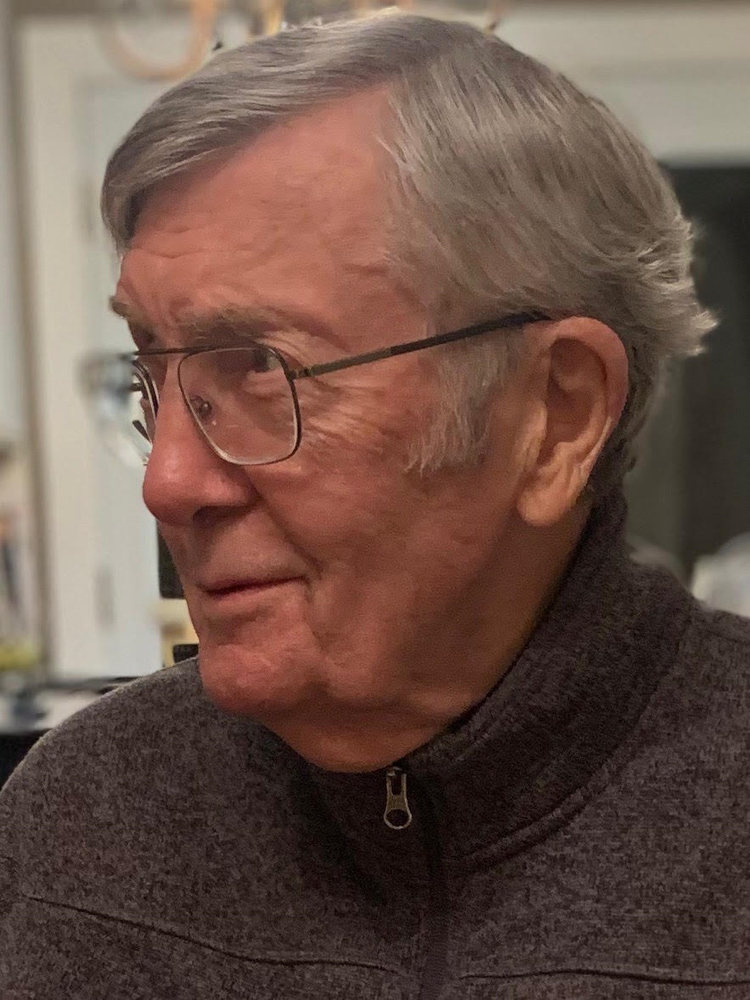 With his daughter, Julie, by his side on Monday, May 31, 2021, at the Lakeridge Health Centre in Port Perry, at age 94. Harry Robinson, beloved husband of the late Pamela (nee Foster). Loving father of Julie Farrugia and her husband Andrew of Blackstock, Ontario and John Robinson and his wife Joanne of England. Loved Grandfather of Nicole Farrugia, Ella Robinson and Jack Farrugia. Dear brother of Norman Robinson and his partner Gill of England and the late Aubrey Robinson.

Harry lived a rich and full life.  He was born in Crook, County Durham and spent his early years there.  He would regale his children and grandchildren about the store owned by the Robinson family and all the wonderful things they sold there. His family moved to Oxford, where Harry spent his childhood years as a chorister, a member of the St. John’s Ambulance Brigade and the Air Cadets. He would love to go swimming in the river Thames and his beloved dog would swim alongside him. He was quite the accomplished artist but chose a career in journalism rather than going to the Slade Art School, where he was offered a place.

He left school at the age of fourteen to begin work at the Oxford Mail. He apprenticed there, starting off with learning about typesetting, running errands and eventually becoming a reporter.  Harry turned eighteen just as World War Two was ending. He was sent to Malta for his National Service and spent two years there as a “Writer”. On his return to the U.K. he took up his job again at the Oxford Mail for a while and then landed a reporting job in Kent. It was there that he spent the rest of his career as a reporter, sub-editor, editor and personal assistant to the editorial director. He met his wife of fifty-nine and a half years at the East Kent Gazette office in Sittingbourne, Kent and they had a very happy marriage together, most of it being spent in Rainham, Kent. They lived in Rochester in the early days of their marriage, in a flat overlooking Rochester castle and called it their rockery! Both of them thought nothing of getting on their tandem and cycling to Oxford to visit family (about 160 mile round trip). They also had some very enjoyable cycling holidays during their early married life. They both adored dogs and rescued many, giving them a loving home. They had a boxer dog named Robby, who was much loved by their friends in Rochester. Even the mayor was taken by him and would take Robby driving around in the front passenger seat of his mayoral Rolls Royce!

Harry was lucky to have had many valued family members, close friends and colleagues who enriched his life and he theirs. During his retirement, Harry took up art again and taught himself how to play the banjo, ukulele and mandolin. He also took great care of his wife as she struggled with some health issues in her later years. He spent the last seven and a half years of his life living in a new country with his daughter and her family in Blackstock, Canada, where he got to be involved in their lives. He will be greatly missed for his love, support and humour.

Private arrangements have been entrusted to the WAGG FUNERAL HOME, 216 Queen Street in Port Perry (905-985-2171). If desired, memorial donations can be made to Oak Ridges Hospice of Durham Region at www.oakridgeshospice.com.  Memories, photos and condolences may be shared at www.waggfuneralhome.com