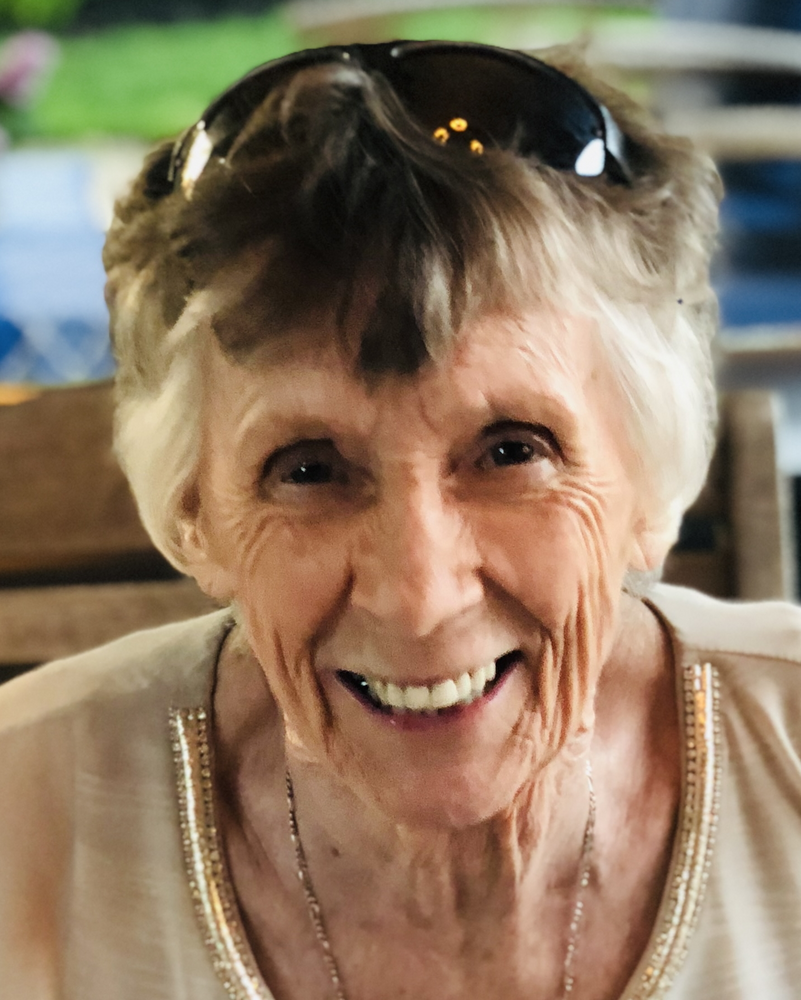 Please share a memory of June to include in a keepsake book for family and friends.
View Tribute Book

Peacefully after a lengthy illness, on Sunday, May 8, 2022 (Mother’s Day), with her family by her side, at the Westshore Retirement Home in Port Perry, at age 83. Margaret June (nee Lillycrop), beloved wife of Merrill Brown of Port Perry, and formerly of Bowmanville. Loving mother of Greg Brown and his wife Julie Scott, Doug Brown and his wife Kristy, and Merrilee Brown and her husband Steve Gray (June’s favourite son-in-law). Loved grandmother of Alastair, Sophia, Emily, Natalie, Elyse, and Andrew Brown. She will be missed by her sister Joan and brother Bryan. June was predeceased by her parents Mary and John Lillycrop, her brother Pt. Thomas Lillycrop, who died at Dieppe, John Lillycrop and David Lillycrop.

June was the fifth of six children. The family moved to Canada from Ynyshir, Wales in 1929. They settled on a farm near Waterdown, Ontario, where June had an idyllic childhood living in the country. She attended Burlington High School and then MacDonald Institute at the Guelph University (then part of the University of Toronto) where according to her friends from Mac ’59 she majored in Bridge. She met a musical young Aggie Merrill Brown, on a train to a university football game. She knew at first sight that she would marry that young man who was leading the group in song. Together, they went to the great musicians of the day: Louis Armstrong, Tony Bennett, and the Glenn Miller Orchestra. They married on April 22, 1961 in Hamilton, Ontario, and moved to Bowmanville in 1962 where Merrill set up his land surveying practice and June started teaching at the brand-new Clarke High School. They went on to have their three children. Merrill and June’s home was always the place for a great meal and fantastic conversation. There was always another place at the table and always a good reason to put the music on and dance. They hosted legendary cast parties for their kids in high school. They hosted many Rotary youth exchange students over the years, their kids’ friends and a few kids who just needed a place to stay. June  was a genius with costumes and was in demand for local theatre productions, her kids elaborate Halloween costumes and her children’s high school and university drama productions. June and Merrill retired in their early 50s and travelled the world including backpacking through Australia, New Zealand and Scotland, and tours of China, France and Spain. June and Merrill spent 23 winters at their beloved Golf Lakes Resort in Bradenton, Florida and coordinated the annual musical revue “A Night of Music”. June was the beloved and magical “chocolate cake for breakfast” grandma. The last few years were not kind to her as she developed progressive dementia, but she was cared for by her husband who never failed to bring her a coffee and a Hank’s cinnamon roll each day, and the kind staff of Westshore who called her “Junebug”. The family would like to thank the staff of Westshore, palliative care nurse Vera and Drs. Hadden and Schurter for making her last days, more comfortable.

If desired, memorial donations may be made to the Durham Children’s Aid Society, Bethesda House in Bowmanville, or the Campbell School in Oshawa. Memories, photos and condolences may be shared at www.waggfuneralhome.com