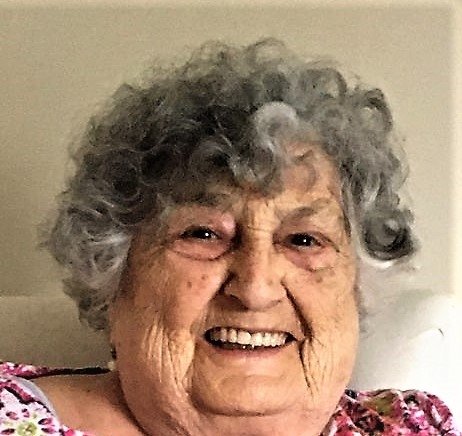 We are sad to announce the passing of our dear mother, Isabel Logan (Reid) on Saturday, January 2,  2021, at the age of 88 from complications related to COVID-19.

Isabel was born in Inverurie, Scotland, and immigrated to Canada with husband John Logan shortly after their marriage in 1958. They settled in the Borough of East York, where Isabel found employment in the Works Department, while Jackie became a lineman for EY Hydro. They quickly made friends in the local Scottish diaspora, and bought their first home on Victoria Park Avenue in Scarborough. Isabel became active in her CUPE Local, and was Secretary-Treasurer for a time. She worked on Stephen Lewis' Scarborough West NDP campaigns, then Ed Broadbent's in Oshawa-Whitby, and was elected to the latter's Riding Executive after moving to Bowmanville in 1973.

There, she was employed by Frank Real Estate, until Jackie's career took the family to

Markham. After becoming a single parent in the early eighties, Isabel continued her work at AMP Canada, retiring as executive secretary in their product marketing division. She then moved next door to her daughter in Uxbridge, and joined the Township's Roadwatch Committee to advocate for safety improvements on Mill Street. Isabel devoted her retirement years to her four grandchildren, and was a vocal and enthusiastic supporter at their various sports, school and community events.

Fond of all things Scottish, from dances to Robbie Burns Suppers and especially shortbread, Isabel was amazed to discover her distant relative married George McCowan from one of the first Scottish families of Scarborough, on whose eponymous road she had often travelled. In 2018, Isabel joined other descendants of those Scottish pioneers to mark the 200th anniversary of St. Andrew's Presbyterian Church, and the 60th anniversary of her own journey from Scotland to a new life in Canada.

She is survived by her children, Bruce Logan (Lisa Christensen) and Sandi Lavery, and her beloved grandchildren Brendan Logan and Jake, Cooper, and Reilly Lavery. She will be remembered by her niece Andrea (David) Allen, nephews Alan, Kevin (Rhonda) and Ashley (Carole) Reid, and sister-in-law Ann Gordon.

We would like to thank the compassionate staff at Uxbridge Cottage Hospital, as well as the caring staff at Douglas Crossing Retirement Home, where she had lived since 2018. We are also grateful for the care Isabel received from specialists at Markham Stouffville Hospital, Scarborough General Hospital and the Peter Munk Cardiac Centre at Toronto General Hospital.

Memorial donations may be made to Diabetes Canada at: https://www.diabetes.ca/donate . Your memories, condolences and photos may be shared at: https://waggfuneralhome.com .

Isabel, to use your favourite expression of goodbye: Toodle Loo, love you.