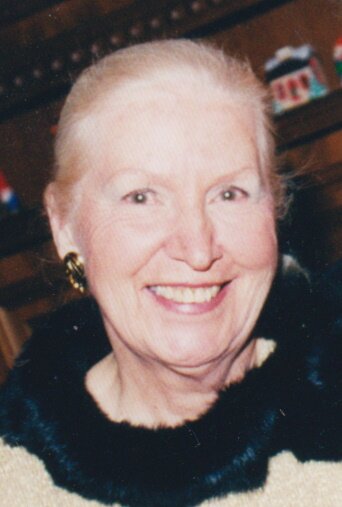 Please share a memory of Myrtle to include in a keepsake book for family and friends.
View Tribute Book

Myrtle “Suzi” passed away peacefully on Friday, September 16th, 2022 at Bradford Valley Care, after a lengthy illness with Alzheimer’s. Myrtle is survived by her husband Dr. Erik Langenholt, her three sons; D’arcy (Tess), Daryl (Sonja), and Derek (Heather), and her brothers Tom (Betty), and Robert. Predeceased by her parents Lorne and Hazel Duff, her brother Ross (Alma), and her sisters Helen (Chuck Randall), and Ruth (Lloyd Short). She will be fondly remembered by her grandchildren; Tyler, Brent, Renee, and Kyle, her great grandchildren; Dexter, Tanner, and Brooklyn, and her many nieces and nephews.

Myrtle was born and raised on the family farm near Port Perry where she had a joyful and active start to life with her three brothers and two sisters. In her late teens Myrtle moved to Toronto, where she attended Business College, and started a career in Advertising. About the same time, she met her first husband Donald Banks, and together they raised their three boys. After starting out in Oakville, where all three boys were born, they soon, moved to Don Mills where she lived the remaining majority of her life. Myrtle put her business career on hold for several years while she raised their three boys. Once the boys were off and running, she went back to work at a second career in real estate sales, which she did successfully for more than 20 years, until she retired in her early 60s. Mom and Erik were married in 1993. This would continue to be an active time of her life. Well into their 80’s, they both enjoyed a good part of their time travelling the world together, and the rest of the year was spent skiing, golfing or simply enjoying life at either Erik’s cottage on Georgian Bay, or Myrtle’s cottage at her beloved Sturgeon Point. She and Erik both enjoyed spending lots of time with family and grandchildren from both families. Myrtle was a woman of strong faith and was involved in bible study and the Church community throughout her life.

The family of Suzi Banks-Langenholt will receive friends at the WAGG FUNERAL HOME, 216 Queen Street in Port Perry (905-985-2171) on Monday, September 26th from 1 – 2 p.m. A Service to celebrate her life will be held in the chapel at 2 p.m. Interment Pine Grove Cemetery in Prince Albert. In lieu of flowers, memorial donations may be made by cheque to the Alzheimer Society, or a charity of your choice. Memories, photos and condolences may be shared at www.waggfuneralhome.com